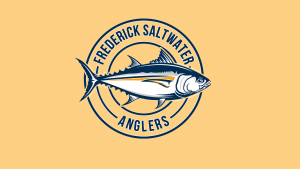 Boats can only fish 2 of 3 days, Captain’s choice.
Only one day needs to be fished for the tournament to be official.
Rod and reel only. Trolling, Jigging, Chunking are allowed. NO GREENSTICKING

Species is tuna and dolphin only and any legal tuna or dolphin is eligible according to HMS regulations.
If there are no tuna or dolphin weighed, names will be drawn for each prize.

Only 1 prize per Captain in drawing

Group weigh-in: Only 1 fish per species per day can be weighed in. No culling on the official scale.

About the Author: Frederick Saltwater Anglers

This site uses Akismet to reduce spam. Learn how your comment data is processed.